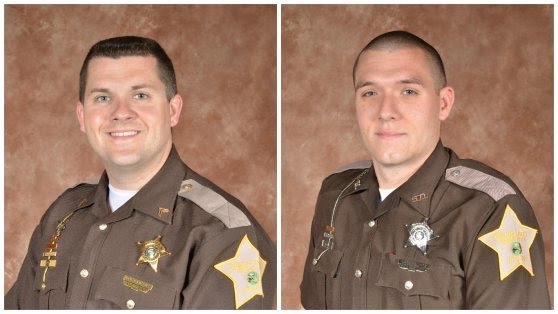 Then, complete as many rounds and reps as possible in 26-minutes

On March 20, 2016, Deputy Koontz and Sgt. Jordan Buckley were at the home of 25-year-old Evan Dorsey to serve a warrant. As the officers approached the home, Dorsey opened fire on the pair before turning the gun on himself.

Both officers were struck by bullets, but Koontz, a three-year veteran of the department, was killed as a result. Koontz left behind his wife, Kassandra, and his son Noah, who was only 7 months old at the time.